Actors, filmmakers, writers and others have lent their names to a cause that is close to their hearts: ending human trafficking. 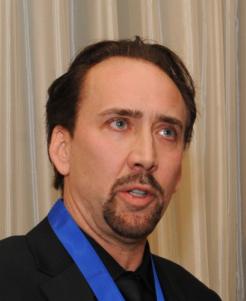 Actor and filmmaker Nicolas Cage was appointed Goodwill Ambassador for Global Justice for UNODC in 2009. The Academy Award winner, who won the Oscar for Best Actor, is also a recipient of a Golden Globe and a Screen Actors Guild Award.

Mr. Bleckner, well-known for his large-scale paintings, has been described as "the most serious social painter since Degas" by Vanity Fair Magazine. Bleckner received his Bachelor of Arts degree from New York University and a Master of Fine Arts from the California Institute of the Arts. Ross Bleckner is now UN Goodwill Ambassador on anti-human trafficking and the arts. 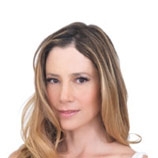 UN.GIFT Regional Advocate for Eastern Europe, Ruslana also became a member of the UN.GIFT Women Leaders Council (WLC) to fight human trafficking and her single " Not for sale " was announced as the UN.GIFT Campaign theme, and serves as a main instrument for rallying to the cause.

The Latin pop star created a Foundation to support the international framework for the elimination of child trafficking, and to influence policy makers in the war against the exploitation of minors. Ricky Martin said at the Vienna Forum that "human trafficking has no place in our world today."

Oscar-winning actress, Emma Thompson, is joining forces with UN.GIFT to raise awareness on human trafficking. Ms. Thompson is Chair of the Helen Bamber Foundation and also the driving force behind the art installation "Journey", which shows the harrowing experience of a trafficked victim.

Oscar-winning actress, Emma Thompson, is joining forces with UN.GIFT to raise awareness on human trafficking. Ms. Thompson is Chair of the Helen Bamber Foundation and also the driving force behind the art installation "Journey", which shows the harrowing experience of a trafficked victim.

UNODC's partnership with the Indian film industry is part of UN.GIFT and has been launched in March 2007. [full story]

Amitbah Bachchan is an Indian film actor who first gained popularity in the early 1970s. Since then, he has become one of the most prominent figures in the history of Indian cinema. In 1984, he also has been a member of the Indian parliament, but he resigned after three years. Amitabh Bachchan joined amongst other Bollywood stars the United Nations effort to curb human trafficking in India.

John Abraham is a famous Bollywood actor and former model. He led a pack of Bollywood celebrities in trying to reach out to youth. "If I could reach out to the youth to address this cause, then I think, we have come a long way. If I am right, we have 150,000 human trafficking cases every year," Abraham said. He and several other Indian celebrities have been enlisted by UNODC to make public service announcements to fight human trafficking.